2019 was the International Year of Indigenous Languages. That didn’t escape us. We work, breathe, and dream language. We have published dual language children’s books in over 65 languages (it’s getting difficult to keep count now!), and several of them are on the UNESCO list of Endangered Languages.
This week we want to focus on Cherokee. The language, written ᏣᎳᎩ ᎦᏬᏂᎯᏍᏗ, is spoken by an estimated 1,500-2000 people in the world right now. But in the words spoken, you will find much more than a language - it is a culture, a mythology, a history that lives on through speakers and members of the various Cherokee tribes across the U.S. You can discover a little more about this language and the legends it bears in the book “How Totsuwa Became Cherokee”, which we have published in collaboration with Cherokee Nation in Oklahoma.
The book mentions some important locations like Clingmans Dome. 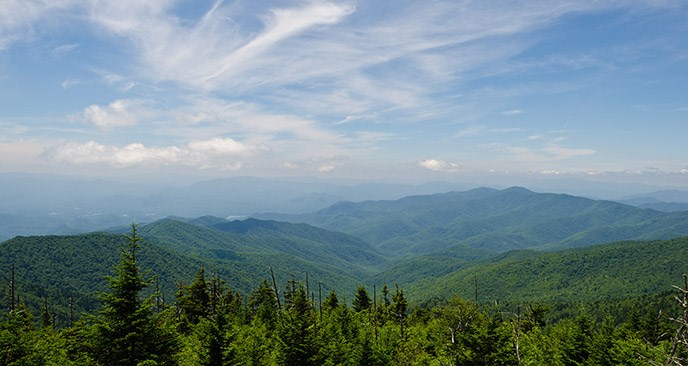 In the book, Totsuwa is a northern cardinal bird going through "the Change", and he has to "go to water" according to custom. On this first spread, he discovers a red spot on his feathers. Water is an important feature of the book, and more is explained on the final page with notes about the locations, the relevance of the number seven, the direction West, and much more, specific to Cherokee custom and mythology.

Do you speak Cherokee, or know someone who does? What is your favourite word from the Cherokee language?